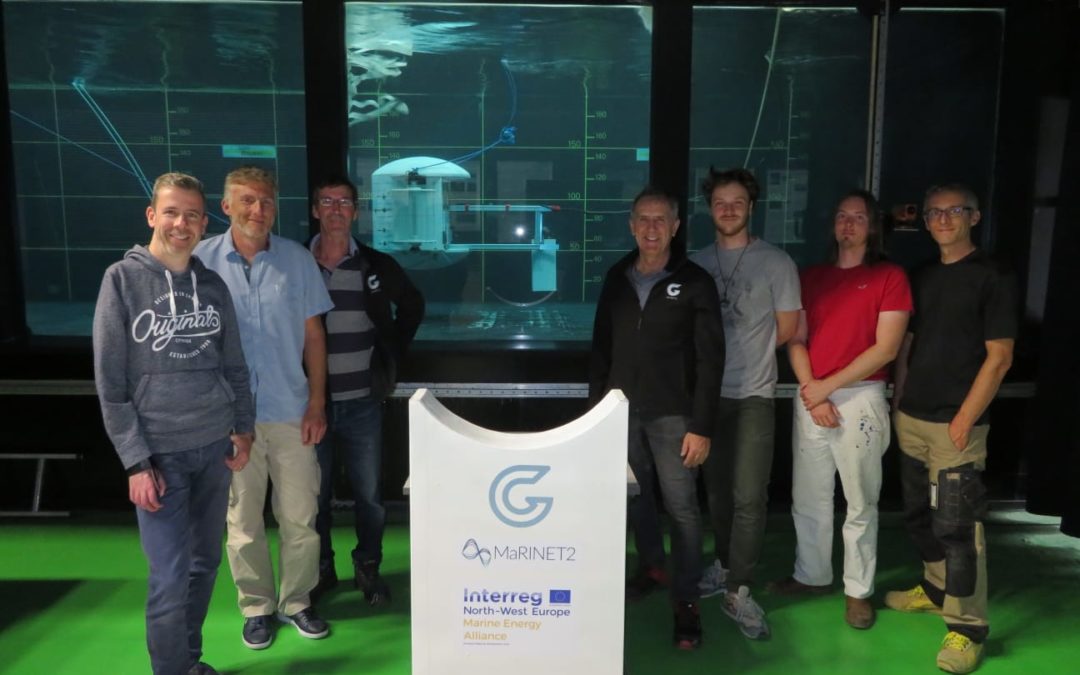 Irish hydrokinetic turbine developer, GKinetic Energy Ltd, returned to the IFREMER test facility in Boulogne-sur-Mer, France last week for a full 5 days of intensive testing on an optimised device that was both submerged and deployed at the surface for comparative analysis. The testing is part of a much larger, overall project that is assessing the technical and commercial feasibility of a 250kW, submerged, tidal device utilising GKinetic’s core technology concept.

The week was a huge success with the team getting through their full testing plan as scheduled and extremely positive, initial results from the submerged version. Costs for use of the IFREMER test facility were funded by the Marinet 2 programme and subsequent analysis of the test results for both technical and commercial feasibility are being carried out by GKinetic along with experts at the University of Edinburgh as well as assistance from Exceedence all thanks to consultancy funding covered by the Marine Energy Alliance funding programme. 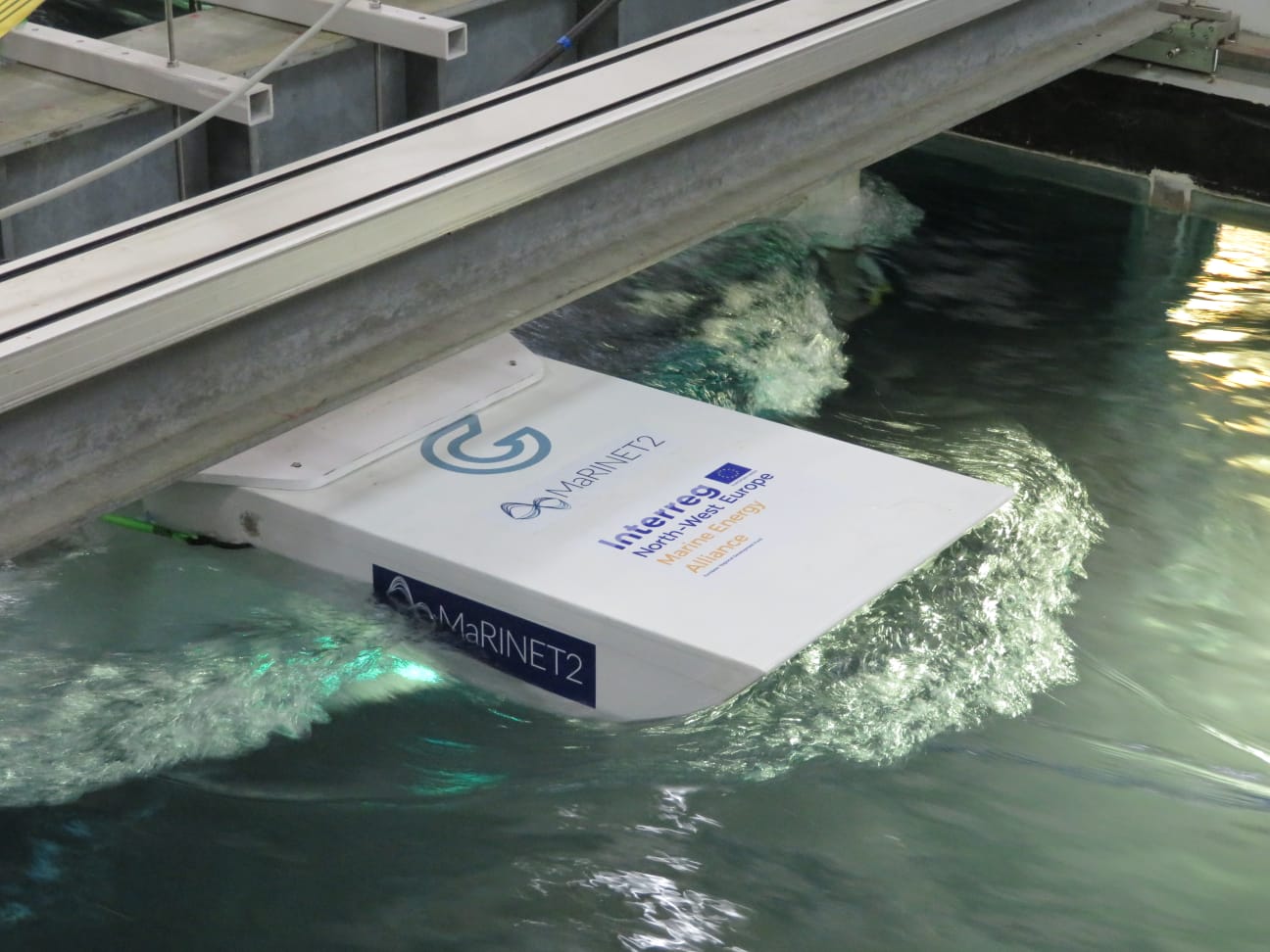 Vincent Mc Cormack, Managing Director at GKinetic Energy Ltd had the following insights to share following the week at IFREMER:

“The testing series at the IFREMER flume was undertaken to understand the hydrodynamic behaviour of our turbines when combined with their deployment systems. Working in the controlled conditions of a flume tank allows us to study the flow around a scaled model of our turbines in detail. This will inform on the optimisation of both the turbine and the deployment systems. This test series at the IFREMER flume used an LDV instrument to collect data on the flow streams around the device. This data will be processed over the coming weeks to provide a full flow field map. Using CFD techniques, the flow field map can be used to model the performance and structural loads of larger scale machines thereby enabling the design of larger submersible hydrokinetic turbines and deployment systems. Overall we are extremely happy with what we managed to cover and achieve in the week and our thanks go out to all who made this possible”

Assisting with the CFD modelling on the testing programme was Dr Stephen Nash from NUI Galway (National University of Ireland Galway) and MaREI, the SFI Research Centre for Energy, Climate and Marine, who was also onsite at IFREMER for the week. Stephen had the following to say from the experience:

“This kind of scale model testing is a critical component of TRL progression for hydrokinetic devices. The data collected during the tests can be used to validate a similar scale model of the turbine and the validated model can then be upscaled and used to conduct design optimisation studies of the device. Testing models at small scale in a controlled environment like IFREMER’s recirculating flume is much more cost–effective than testing scale models at sea. Although the latter is also important, controlled laboratory tests allow one to test devices under a large range of different conditions and collect high quality data in an efficient manner.”

For the team at IFREMER, this was their 2nd encounter working with GKinetic and they too felt the testing went very smoothly with positive results for the team. Speaking with Grégory Germain who runs the IFREMER centre, he had the following comments on the week:

“It is always a pleasure and a great satisfaction to be part of successful industrial developments. This type of testing is made possible thanks to the work done during the last few years to develop the experimental infrastructure under the CPER Marco (French regional project) and state of the art test protocols under Met-Certified (Interreg 2 Seas) and Marinet 2 (H2020) projects. We hope to welcome GKinetic’s team members soon for their future developments.”

GKinetic will now be analysing the results from the testing and assessing the feasibility of a larger tidal device utilising their core technology, now with patents granted in 4 regions and patents pending in 13 other territories.