A fantastic 2 days at the 2019 Ocean Energy Europe Conference 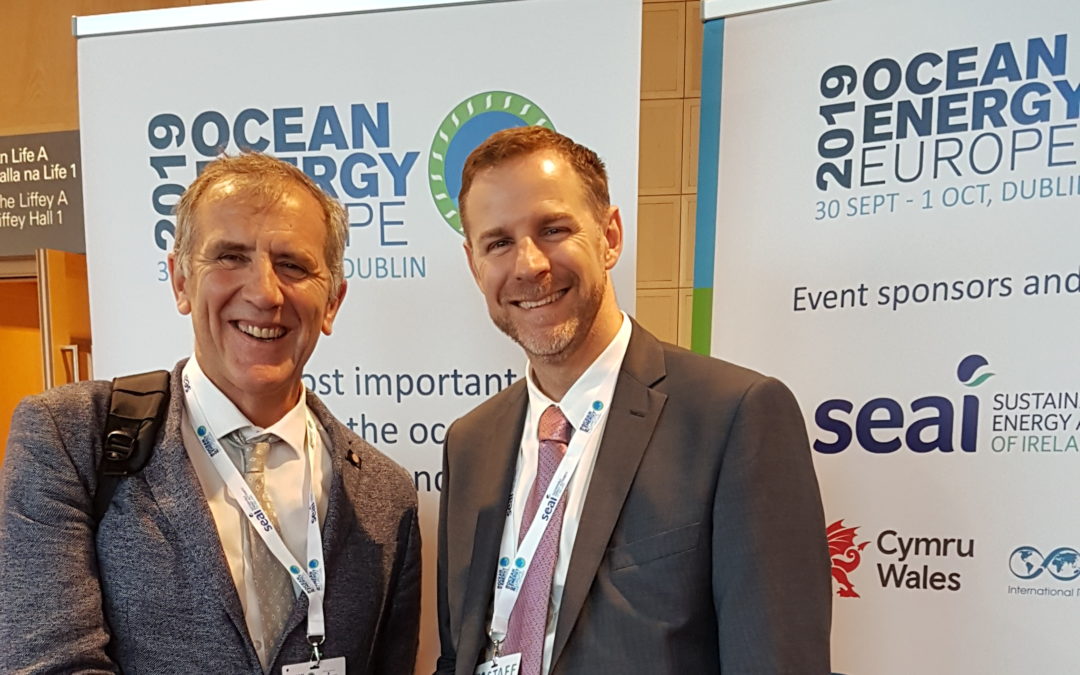 In September this year, GKinetic became a proud member of the Ocean Energy Europe (OEE) group and just weeks later attended the OEE annual conference for the first time. The event took place over 2 days in the Convention Centre Dublin from the 30th September to the 1st October. There was a jam-packed schedule of presentations, sessions, key note speakers, 1-1 meetings, press interviews and lots and lots of coffee! 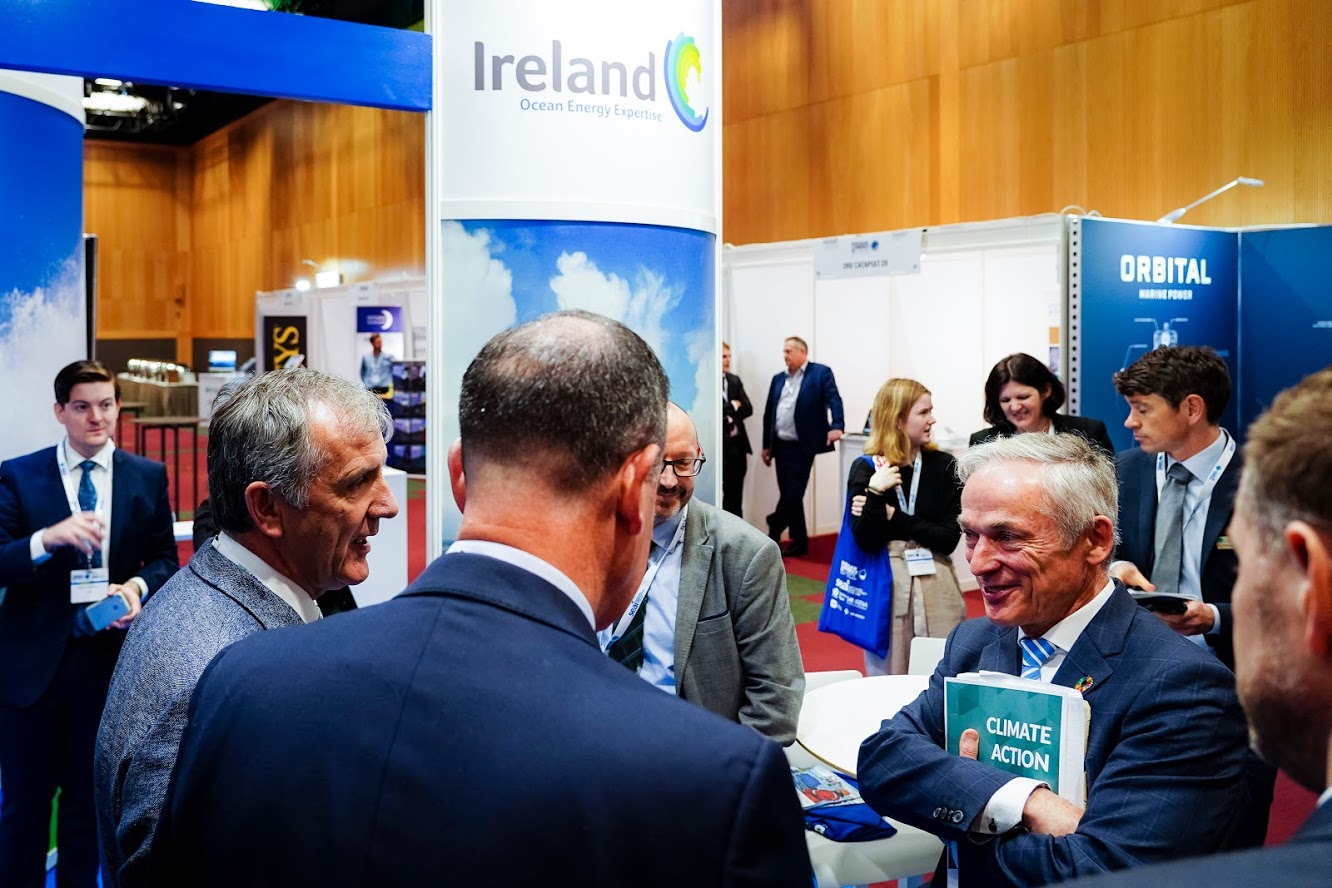 Highlights of the conference included our Managing Director Vincent meeting Minister Richard Bruton who has been Ireland’s Minister for Communications, Climate Action and Environment since October 2018 and discussing the company’s ambitions and technology (pictured above). In his keynote address at the conference, Minister Bruton acknowledged the huge tidal resource that Ireland can tap into in order to become one of the solutions that can help Ireland in the fight against climate change.

Vincent was also a speaker at the session titled ‘Reducing LCOE – Maximising production while minimising CAPEX’ which had huge interested and a full audience. The session was chaired by Matthijs Soede, Research Programme Officer at the European Commission and focused on how to reduce the LCOE (Levelised Cost of Energy) of ocean energy through technological improvements.

GKinetic was one of 3 technology developers that spoke as part of the session and the overall message was clear: increasing yield and decreasing CAPEX are the 2 key drivers when developing ocean energy technologies in order to make them commercially viable and competitive against maturer solutions in wind and solar. 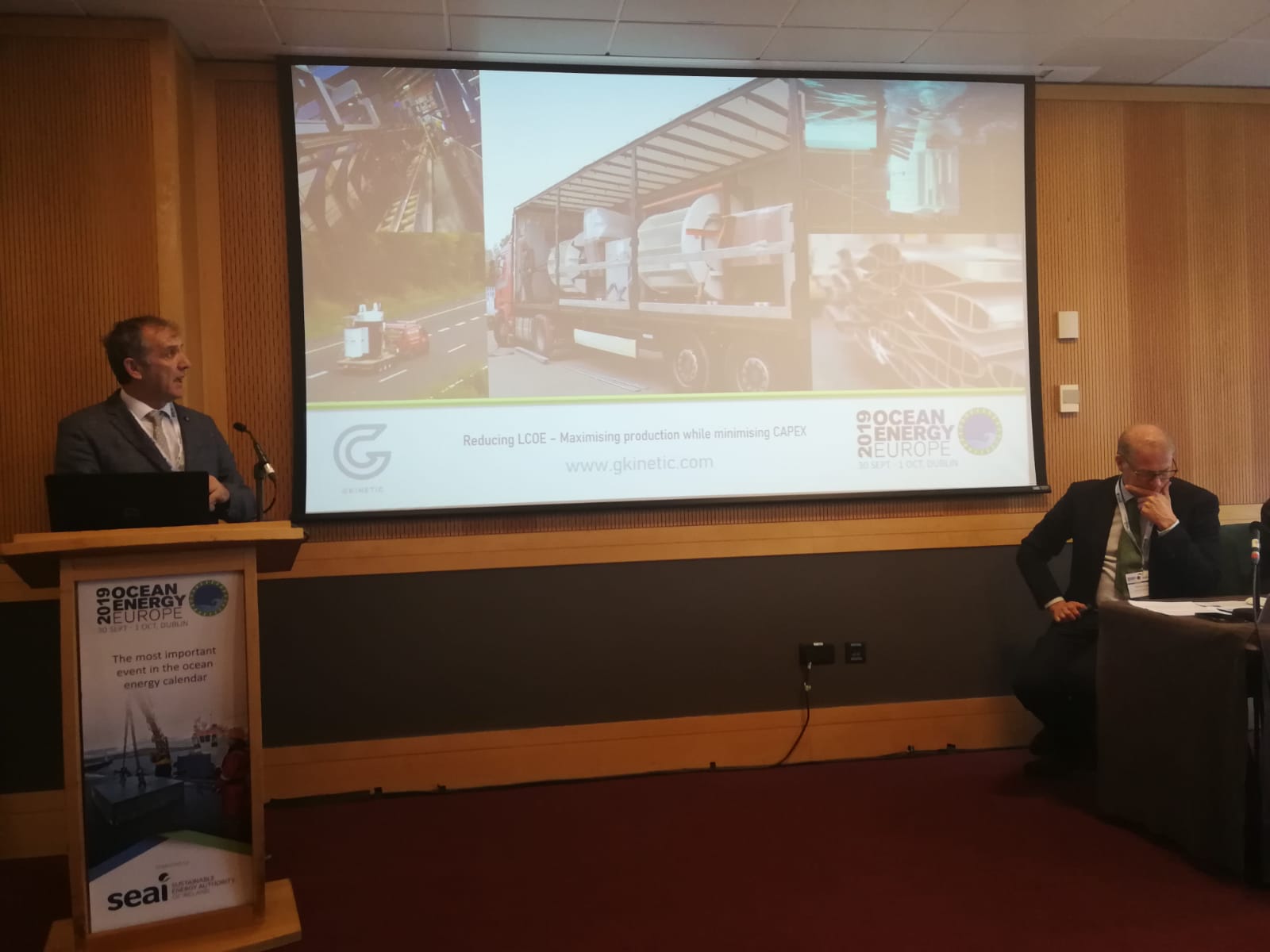 Vincent Mc Cormack demonstrates how every step of GKinetic’s technology development has considered efficient cost reduction in production and increasing energy production in order to make the final solution as commercially attractive as possible.

With so many highly relevant companies and contacts all in one place there was a full schedule and it was great getting to meet up with our partners from SEENEOH (nice to have them come to Ireland for a change!) as well as the team from the Sustainable Energy Authority of Ireland (SEAI) and fellow Irish companies making impressive progress in the space such as DP Energy and OceanEnergy.

Well done to the Ocean Energy Europe team who are doing such fantastic work for the sector and are really making an impact with regards opportunities and valuable networking for developers such as GKinetic. It was nice to meet the team in person and overall GKinetic found it a highly valuable 2 days and already looks forward to attending next year’s conference.

The quality of attendees, speakers and meetings really stood out and GKinetic is busy following up on lots of exciting opportunities that came out of the event.